Solar-Connect eG works preferentially with local partners. These are mainly small and medium-sized solar companies that demonstrate sustainable commitment in their activities. We also support external entrepreneurs who are building up local companies and who are committed to a sustainable philosophy. Important elements are:

Solar-Connect eG regularly checks whether the partners meet these requirements:

If possible and needed, we support them with our know-how with a focus on finance and sales.

In accordance with legal requirements, investing members therefore have no voting rights in Solar-Connect eG. However, they are of course constantly informed about the developments and activities of the cooperative and can participate in the general meetings.

Voting members of the cooperative

As of June 2019, 15 voting members are registered with Solar-Connect eG whose duties and rights are defined in the Articles of Association. With their voting rights, they represent the interests of all members. For every ten investing members (approx.), there is one voting member. All investing members of SCeG are entitled to become a voting member. If there is interest, investing members can apply informally by email (info@solar-connect.net). They are then placed on a “waiting list” and appointed by the organs of the cooperative at an appropriate opportunity. Members of the Executive Board and the Supervisory Board are always entitled to vote in accordance with the statutes. 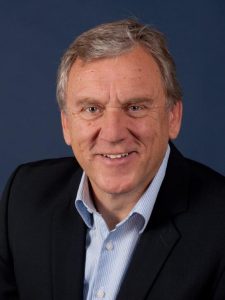 Wolfgang Gregor was Secretary General of the Global Off-Grid Lighting Association (GOGLA) from June 2012 to July 2014. This association is committed to the dissemination of light in off-grid regions of developing and emerging countries.

Prior to this he worked from 1989 to 2012 as Senior Vice President in various management positions for OSRAM, including Head of Sales Overseas and Managing Director of the subsidiaries in Taiwan and China. In his capacity as Corporate Chief Sustainability Officer, he was appointed Vice President of the German and European Lighting Associations from 2008 to 2012.

In the context of his international activities, he has frequently been a consultant and lecturer for various universities, associations and institutions such as the World Bank, the United Nations Environment Programme (UNEP) and the EU Commission. He has been a member of several international organisations focusing on sustainability and energy efficiency in developing countries.

During his time before OSRAM, Wolfgang Gregor worked for two years as a government advisor to the German Society for International Cooperation (GIZ) GmbH in Saudi Arabia. He began his professional career as a captain in merchant shipping; he is a graduate industrial engineer for maritime transport. 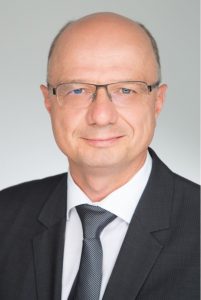 Christoph Roderer joined Solar Connect eG in summer 2017. As CFO, he is responsible for finance, budget, reporting and controlling. Together with the CEO, he is also responsible for the search for investors and their support. He is in close partnership with business partners in Africa and Asia in order to analyse their financing needs and keep an eye on economic requirements.

With over 25 years of management experience in the management levels of international corporations, the business graduate knows the challenges of young start-ups as well as the requirements of established companies. Christoph Roderer has extensive international experience as a former CFO of subsidiaries of OSRAM AG in Italy and Slovakia. 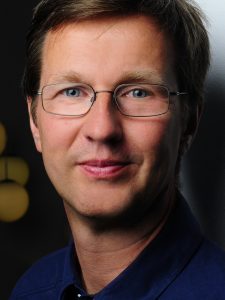 Dr. Christoph Gerhards is an independent consultant for renewable energies and energy efficiency. He is an acknowledged expert in the PV industry and has worked in various areas of the photovoltaic industry, both in the development and production of solar cells and in the installation and operation of PV systems.

Christoph Gerhards has been active in research since 1996 and later as an independent technology consultant. Between 2002 and 2009, he held management positions at solar cell manufacturer Q Cells SE, which is now part of the Hanwha Group. Subsequently, Christoph Gerhards was jointly responsible for the development of the International Roadmap for Photovoltaics (ITRPV). He then implemented several projects in the field of sustainable construction. He is co-founder and member of Solar Connect eG and thus guarantees its solar competence.

Christoph Gerhards studied physics at the Universities of Bochum and Brighton (Great Britain) and received his doctorate in industrial solar cells from the University of Constance. 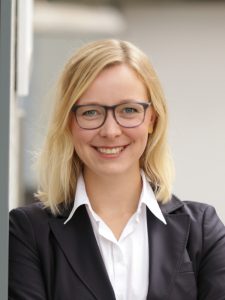 Grusche Dütemeyer (Deputy Chairman) worked from 2001 to the beginning of 2017 in various commercial functions in a major international energy group, including one year in the USA. During this time she was, among other things, responsible for the controlling management of an internationally active business unit.

Ms. Dütemeyer graduated with a Bachelor of International Management degree from FOM in Essen, Germany, parallel to her training as an industrial clerk (IHK).

Until 2018, she worked for GLS Treuhand e.V. in asset management. Since 2019, she has held a management position in the Finance & Controlling department of an international group of companies. 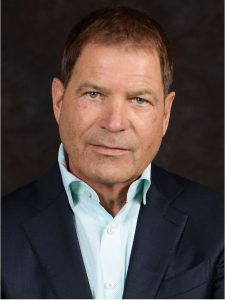 Dr. Axel Berg, born in 1959, is a lawyer, political scientist and doctor of philosophy. From 1998 to 2009 he was a directly elected member of the Bundestag in the north of Munich, including 2002 and 2005 with the only direct mandate of the SPD in Bavaria. In Berlin, he worked closely with Hermann Scheer, SPD chairman on the Energy Enquiry Commission, co-author of the Renewable Energy Sources Act (EEG), deputy energy policy spokesman for the SPD parliamentary group and founder of the energiewerk foundation.

He travelled to more than 70 countries with a focus on Africa as an promotor for the energy system transformation and was the initiator of the German export initiative for renewable energies. Berg was and is a member of many advisory boards and boards of trustees, e.g. Federal Associations for BioEnergy and Renewable Energies, Dena, German-Mozambican Society, Green City Energy, and Vispiron GmbH.

Axel Berg works as a freelance lawyer and consultant. 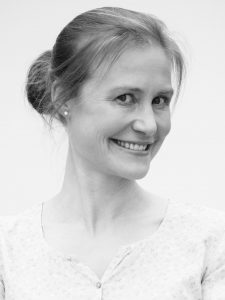 From 2001 to 2009, Lena Mahr worked for a major international industrial group in various commercial functions, including six months in South Africa and one year in Spain. During this time, she was responsible for a major project in Spain. She graduated with a “Bachelor of Business Administration” degree from the Technical University of Ingolstadt, parallel to training as an industrial clerk (IHK).

In 2009, she received a Master of Science in Carbon Management from the University of Glasgow with focus on renewable energies, climate change and sustainable development in Scotland. Sustainable support in developing countries has been her passion since her studies and, in addition to a permanent position in consulting industrial companies on energy efficiency and maintenance processes, Ms. Mahr has been active in Africa on a voluntary basis for several months a year since 2010. With her own water projects (BBC Video / NewVision) she has promoted sustainable development in East Africa with a focus on Uganda (Empowering People) and supported biogas projects in Ethiopia and Cameroon in cooperation with local universities (Biogas).

Since 2016, she has been working in the strategy area of an international group on the standardisation of digital services in the industrial sector.

Biohaus Foundation for Environment and Justice

The Biohaus Foundation for Environment and Justice was founded in Paderborn in 2009. The purpose of the foundation is to make the world a fairer place and to preserve its resources intact and usable for future generations.

To this end, the foundation undertakes 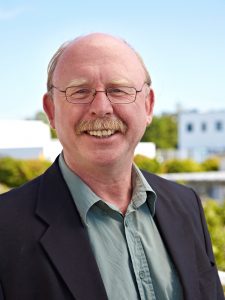 The foundation is represented on the supervisory board by its founder and board member Willi Ernst.

What we want to achieve

Energy is a cross-cutting topic, it affects us in numerous areas of everyday life.

Access to clean, reliable and affordable energy is a matter of course for people in industrialized countries. Some examples from such an energy-dependent everyday life:

However, many people around the world are denied access to energy or access is considerably more difficult. The daily lives of these people in developing countries are therefore different, as the only sources of energy are usually candles, expensive kerosene and batteries:

Energy is an important basis for economic and social development – and thus also a key to poverty reduction. With your support we would like to bring solar power and suitable appliances to people in developing countries. For individual use at home, but also for small businesses, craftsmen and farmers.

How does our cooperative work?

Solar-Connect eG supplies high-quality solar systems and consumer appliances to selected partners (customers) in developing countries. We grant our customers a supplier credit and thus enable them to offer rural households the payment of the products via an installment credit. The high acquisition costs are the reason why the spread of solar energy in regions without electricity supply (off-grid) usually fails today. However, by paying in installments, people are easily able to purchase a solar home system. Then the money usually spent for energy (candles, kerosene, batteries) will be used to pay off the loan.

Depending on the size of the household and income, for example, a rural family in Kenya spends between 5 and 20 US dollars per month on kerosene, batteries and candles. This corresponds to up to 15% of the monthly income. This money is now used to pay off the solar system.

How does our cooperative work?

Solar-Connect eG supplies high-quality solar systems and consumer appliances to selected partners (customers) in developing countries. We grant our customers a supplier credit and thus enable them to offer rural households the payment of the products via an installment credit. The high acquisition costs are the reason why the spread of solar energy in regions without electricity supply (off-grid) usually fails today. However, by paying in installments, people are easily able to purchase a solar home system. Then the money usually spent for energy (candles, kerosene, batteries) will be used to pay off the loan.

Depending on the size of the household and income, for example, a rural family in Kenya spends between 5 and 20 US dollars per month on kerosene, batteries and candles. This corresponds to up to 15% of the monthly income. This money is now used to pay off the solar system.